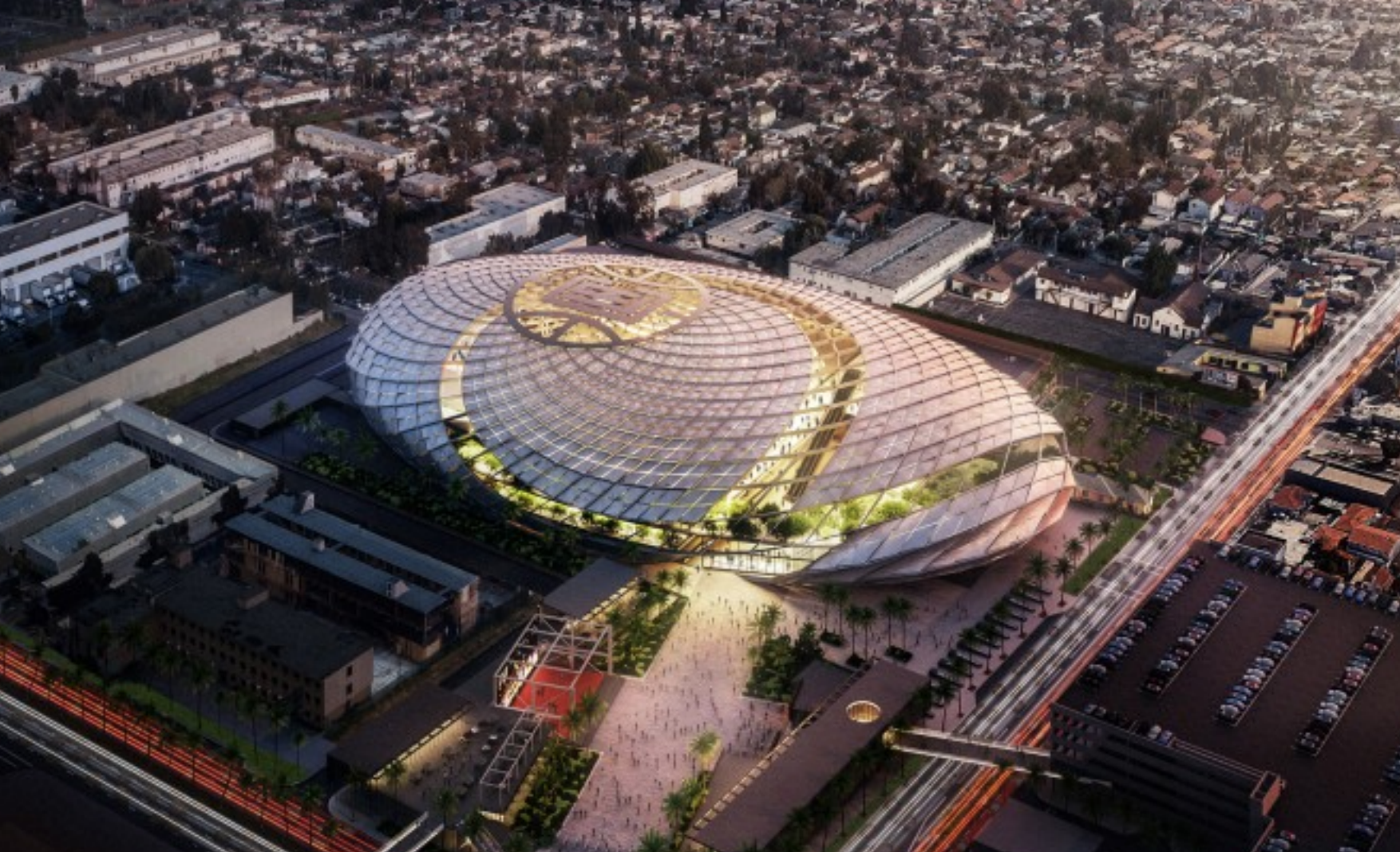 The National Basketball Association (NBA) Clippers Owner Steve Ballmer is getting into the commercial real estate development business in Inglewood.  The multi-billionaire is planning to build a new basketball arena called the Inglewood Basketball and Entertainment Center.

List of What the Clippers Owner Plans to Develop for $1.1 Billion:

The former Governor Jerry Brown designated a portion of the development site as an Opportunity Zone in March 2018. Two of the 879 Qualified Opportunity Zones in California are located in the City of Inglewood.  One is located near the corner of West Century Blvd. and Prairie Ave. in the proposed Inglewood Basketball and Entertainment Center parking area.

The planned parking structures for the arena located on W. Century Blvd. is in an Opportunity Zone Tract #6037-601801.  It is a property considered for the Clippers Arena parking structure in ongoing negotiations with the city, according to Sharon Garrett, Economic Development Manager for the City of Inglewood.

The City of Inglewood currently owns the property at 4000 and 4020 W. Century Blvd. located in the opportunity zone, and they are exempt from paying taxes. As a result, the city can’t take advantage of the tax credits from Opportunity Zones, Garrett said.

“The entire project will be privately financed.” Said Howard Sunkin of The Sunkin Group, the public relations company for the Clippers Arena in Inglewood.

The property values around the NFL development which is slated to open in 2020 have risen in Inglewood, according to an article in the Los Angeles Business Journal titled Value Add dated July 22.

The NFL development shall cost approximately $2 billion to construct.  The stadium’s value was placed on the assessment roll taken Jan.1, 2019.  The impact is already felt in higher property values in the surrounding area.  As a result, the nearly $2 billion valuation growth caused the assessed valuation for Inglewood to surge nearly 26%.  As a result, the City of Inglewood has the biggest property valuation gain by far in Los Angeles County this year, according to the article.

The private investors who purchase the land from the City of Inglewood and construct the parking lot for the Clippers 18,500 seat arena, in the opportunity zone, could save a lot of money in capital gains taxes if they use an Opportunity Fund.  In addition, it could be a great investment if the investor holds the property for more than 10 years since the property values are increasing.

Investors don’t pay capital gains tax on the sale of the investment property in Opportunity Zones if they are held for over 10 years, according to the IRS website.  The property values are already rising in that area of Inglewood.  In addition, property values should continue to rise with all the new development.

However, Steve Ballmer must overcome a couple of lawsuits that are preventing him from building at the Inglewood location. Uplift Inglewood, an advocate group for housing rights in Inglewood, has filed a lawsuit stating the City of Inglewood violated the State’s Surplus Land Act by offering land for an arena instead of affordable housing.

In addition, Madison Square Garden Co. (MSG), which owns The Forum, a concert venue located 1 mile from the proposed Clippers Arena development, has been in an ongoing legal battle against the Clippers franchise and the City of Inglewood to stop the development.

MSG’s lawyers claim the Mayor of Inglewood, James Butts, allegedly tricked MSG into giving up a lease on city-owned land that the Forum used for parking to give the land to the Clippers for the Inglewood Basketball and Entertainment Center.  The Mayor denies it.

Consequently, the 23-Acre Inglewood Basketball and Entertainment Center development site may or may not be developed.  Ballmer is confident about building in Inglewood; as a result, he released renderings in a press release last week; however, the land remains vacant since negotiations started in 2017.

The press release said the project is targeted for completion by fall of 2024, following the expiration of the Clippers’ lease at STAPLES center.  The project is being developed by Wilson Meany, according to the press release.  The Inglewood Basketball & Entertainment Center was designed by AECOM, a Los Angeles-based architectural, engineering and construction management and services firm.

Investors are waiting to see the outcome of the Opportunity Zone owned by the City of Inglewood and the Inglewood Basketball & Entertainment Center.