Will The Next Administration End The Dodd-Frank Act In 2017? 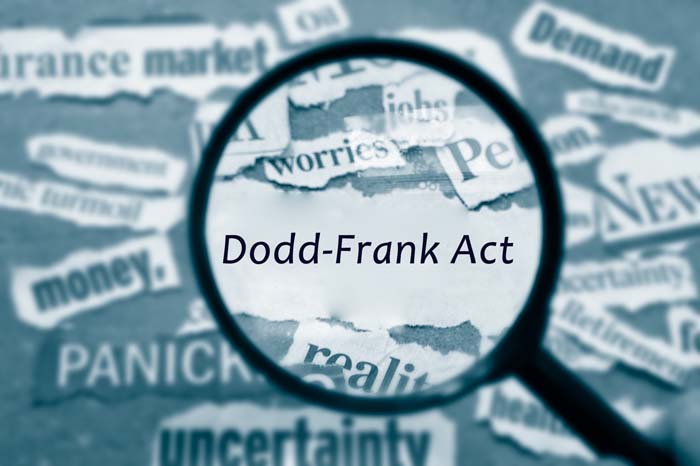 The Dodd-Frank Wall Street Reform and Consumer Protection Act signed into federal law in 2010 by President Obama passed as a response to the recession of 2008. It brought the most significant changes to financial regulation in the United States changing almost all federal financial regulatory agencies. Dodd-Frank was created to protect consumers and prevent another financial crisis; however, president-elect Donald Trump and his nominee for Treasury Secretary Steven Mnuchin say it is far too much regulation. The new administration would like to see it repealed.

The Dodd-Frank Act is an intricately complex governmental oversight act that represents the most comprehensive financial regulatory reform measures taken since the great depression, according to Morrison & Foerester Law Firm.

In January 2010 the Volcker Rule provisions were added to the Dodd-Frank Act that imposes even more stringent regulatory capital requirements on financial institutions and prohibits most proprietary trading by US banks and their affiliates.

Part of the Volcker Provision requires that the Financial Stability Oversight Council make recommendations to the Federal Reserve regarding the establishment of heightened standards for risk-based capital, leverage, liquidity and contingent capital. Nonbank and bank holding companies with total consolidated assets equal to or greater than $50 billion will be subject to a maximum debt-to-equity ratio of 15-to-1.

Mnuchin specifically said the first thing he will do as Treasury Secretary is to change Dodd-Frank as stated in The Wall Street Journal (November 30, 2016). “The number one problem with Dodd-Frank is that it’s way too complicated and cuts back lending,” banker Steven Mnuchin told CNBC in his first public comments since being tapped by the president-elect to head his economic team. “So we want to strip back parts of Dodd-Frank and that will be the number one priority on the regulatory side,” Mr. Mnuchin said, according to a rush transcript of the interview.

Mnuchin went on to elaborate on the Volcker Rule as stated in The Wall Street Journal article (November 30, 2016). “The number one problem with the Volcker rule is it’s way too complicated and people don’t know how to interpret it,” Mnuchin said. “So we’re going to look at what do with it, as we are with all of Dodd-Frank.”

While the Dodd-Frank Act and the Volcker Rule may or may not be good for governing the financial industry and overseeing consumer protection, it hurts the economy by restricting lending. These restrictions are especially bad for small business and the commercial real estate industry